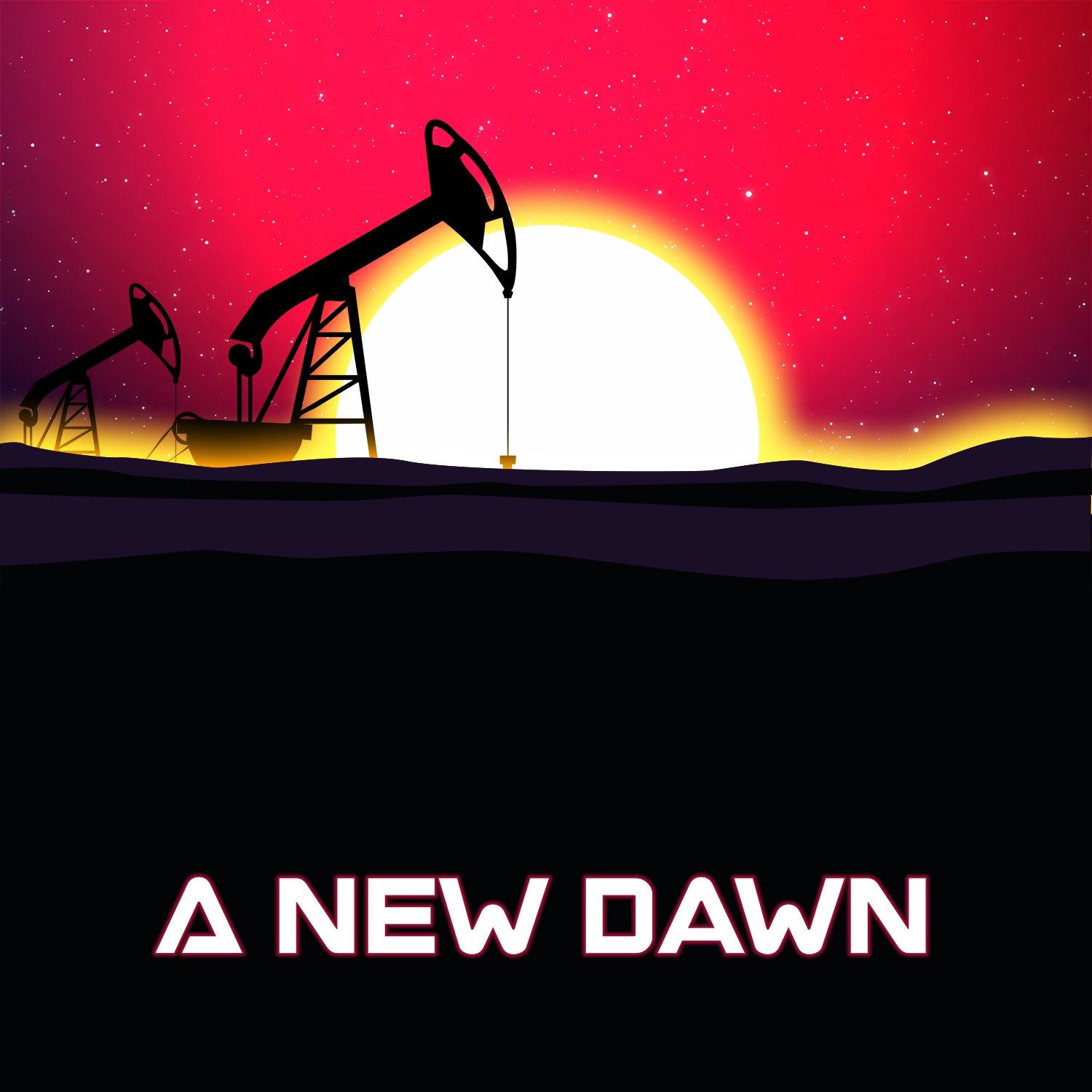 Today's story is about oil. Yes, we know the title says Steel pipes. But bear with us, because it begins with oil — an element so volatile and out of fashion in most investment circles that it feels like a lost cause even attempting to furnish this bit. In fact, this whole investment thesis ought to be counterintuitive considering the global discourse around clean energy and a better future for tomorrow. However, people often discount the enormous influence oil and gas companies wield over both the economy and trade. Although these companies are increasingly embracing a future powered by clean energy and investing large sums in solar/wind power generation, they still see oil, and especially natural gas —  one of the least polluting fuel, playing a major role, during the long and arduous transitionary phase of weaning away from fossil fuels. This is an idea that is not just espoused by big corporations but also by various governments, including our own.

The Great Push for Natural Gas

Speaking during the inauguration of the latest City Gas Distribution (CGD) Project (9th Bidding Round), the Minister of Petroleum and Natural Gas & Skill Development and Entrepreneurship Dharmendra Pradhan said that the Government is working to move towards a gas-based economy. Presently the share of gas in the country's energy mix is just over 6% and the aim is to reach 15% by 2022. Also, the current prominent method of delivery i.e. delivering gas through cylinders is energy intensive and tedious because of the needless involvement of intermediaries including gas agency, distributors etc. Piped supply, on the other hand, is more efficient, accessible and helps in maintaining a continuous supply in the event that the fuel is used in industries.

Point of Interest : CGD or City Gas Distribution refers to transportation or distribution of natural gas to consumers in domestic, commercial or industrial and transport sectors through a network of pipelines. According to Live Mint, investments as much as ₹ 1.1 trillion is expected to pour into distribution projects over the course of the next decade

This announcement is important for two reasons. First, it points to direct evidence that city gas distribution ought to be the next big downstream expansion in India i.e. we are likely to see the benefits of this program trickle down and profit several players who could potentially be involved in this massive project of getting natural gas directly to the homes of consumers. Second, the last two bidding rounds (where the government invites bids from qualified contractors to lay the pipelines ) saw more contracts awarded than ever before i.e. the number of projects awarded during the last 12 months was higher than all the previous 8 bidding rounds combined. Although there are multiple stakeholders in the entire value chain who are likely to be benefited by all of this, we will focus on steel pipe manufacturers, the people who manufacture pipes that ultimately facilitate gas distribution. 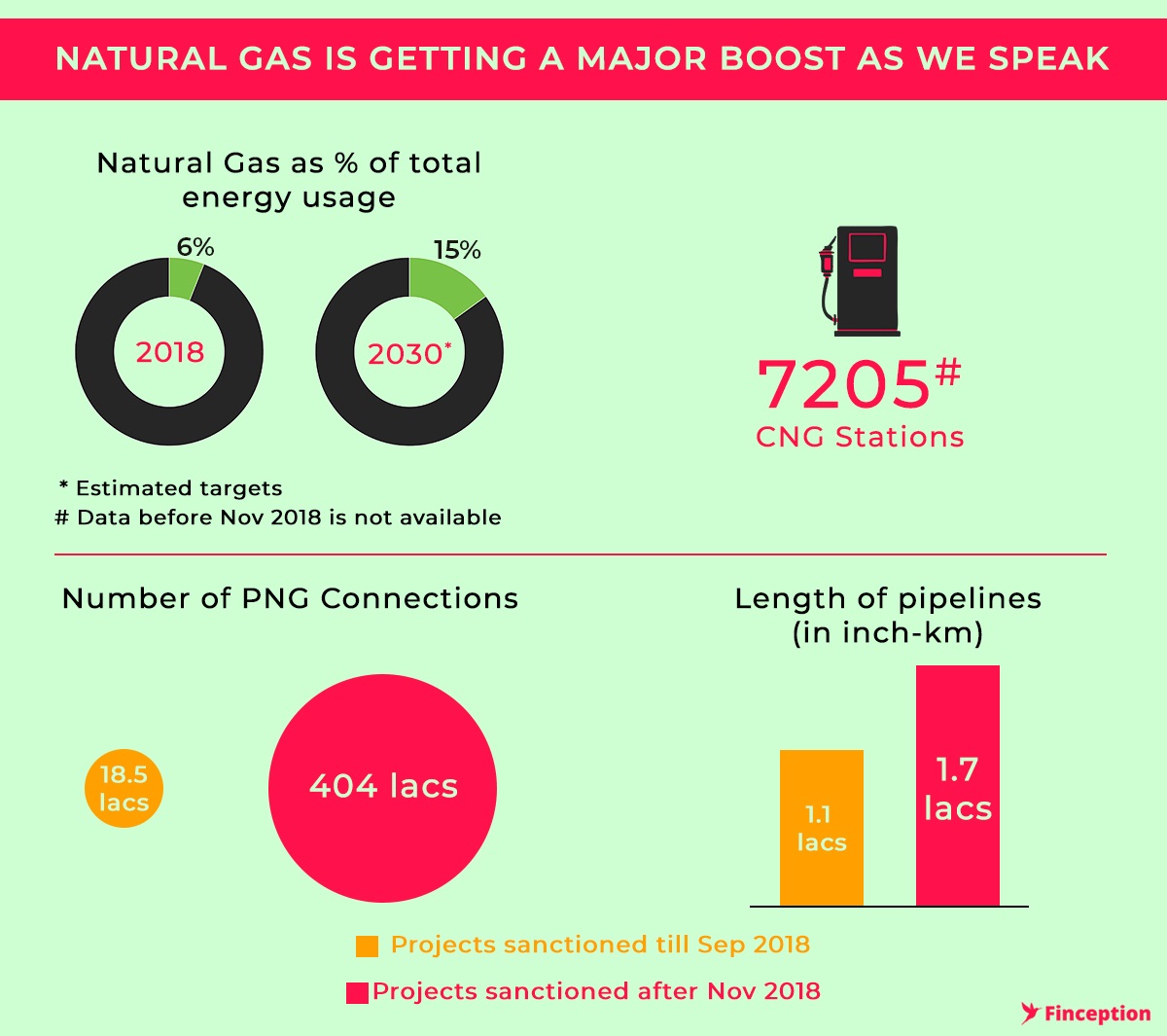 Oil and Gas companies have traditionally been the largest customers for steel pipe manufacturers. So it makes sense then, for one to assume that the wellbeing of pipe manufacturers would largely depend on the wellbeing of the Oil & Gas manufacturers. Back when a barrel of oil was consistently trading at upwards of $100, most steel pipe manufacturers engaged in large scale expansion in the hope that the prosperity bestowed upon their customers would continue in perpetuity. Unfortunately, oil prices tanked and the good folks involved in oil exploration and refining cut down on expanding their own capacity. This sudden downturn meant very few orders coming along the way of pipe manufacturers. Several companies that were plush with idle capacity just lying around suffered terribly until oil prices finally began to stabilise and show signs of recovery. Against this backdrop, it's also important to remember that most niche Steel pipe Manufacturers still run at a capacity utilisation of about 35–40%, meaning there is considerable upside only if the push continues. So with rising oil prices, the expectation is that the big push will come from City Gas Distribution projects and capacity expansion at the exploration and the refining side — a side which has traditionally been the largest customers of Pipe Manufacturers for some time now.

In addition to this, there is another detail. In an excellent report from Edelweiss, that goes much beyond the banal details that we've pointed out, the authors list out reasons why they believe there is likely going to be more investments in oil and gas in addition to the City Gas Distribution (CGD) projects. Their contention is that BS- VI emission norms will force some of the refineries to upgrade their equipment in addition to the regular CapEx and considering the government is working with a fixed timeline, we could likely see some developments soon enough. There is also a 100% anti-dumping duty now on importing Steel pipes from China, a scourge that kept washing away profits in tides during the past few years and with all of this going on, I wouldn't blame you for thinking that Steel pipe Manufacturers are entering a new age of prosperity.

Now the real question is who is likely to benefit from all of this. The answer to that isn't as straightforward as one might assume. Instead, it will depend on multiple factors, all of which could influence how the push in natural gas will likely affect the incumbents. The most important thing, however, is that Steel Pipe manufacturers don't just tend to one industry, instead, they have a very diversified customer base. They also manufacture a variety of pipes in different sizes, all of which have very different applications. Consider Ratnamani Metals for example — a company that makes both Carbon and Stainless Steel (SS) Pipes. It's been in the news lately after having announced a capacity expansion to manufacture about 20,000 MT's of Seamless SS pipes. The contention is that this will allow the company to manufacture seamless pipes with higher diameters. Considering there's almost no other competitor (in India) that currently has the ability to manufacture these pipes, there's been a lot of chatter about this new development in the face of the renewed push for City Gas Distribution. However, this assessment is incomplete. Albeit most SS Seamless pipes are currently imported and there is, in fact, great potential for any new Indian entrant, these pipes are almost exclusively used in upstream applications i.e. drilling and refining where the integrity of the pipes matter a lot. Seamless pipes, unlike other welded variants, are largely considered to be fail-safe, but this fail-safe nature also makes it very expensive and therefore largely unviable to be used in large scale city gas distribution projects. That doesn't mean Ratnamani Metals isn't a potential beneficiary here. In fact, even a cursory glance at the company's brochure will tell you, it's likely to be affected by the new developments but it's also important to remember that to truly filter and choose new potential investment opportunities it's important to dig deep and understand the product portfolio of each manufacturer.

Another important consideration is that some of the incumbents have stretched themselves too far and even a revival in steel pipe demand is unlikely to solve all of their problems. During the last investment cycle, these companies took on massive amounts of debt and are yet to see any meaningful returns on the back of these investments. Instead, they were forced to keep borrowing more in an attempt to stay afloat. So perhaps it pays to consider the health of the balance sheets before you head right in and invest in one of these companies. Finally, all of the payoffs associated with the new developments are likely to materialise gradually over the course of the next decade. Sure, some of these developments could have immediate short term effects but it's unlikely you will see all the information reflect in the immediate future. While we would have loved to point out what companies we like and where we see potential, we also realise that any such opinion offered will probably lead some of you to believe that investing a significant sum in such an enterprise will do you a world of good. That would be a travesty. We are fully cognizant of our own limitations and failings and so we will not engage in any such misadventure. However, we hope that the information presented here will prod you to go and do some digging on your own. At the end of it all, maybe you will find something worthwhile.

To help you in this endeavour we will list out 4 companies that are into steel pipe manufacturing — Maharashtra Seamless, Man Industries, Ratnamani Metals and Welspun Corp

We have relied on excerpts from “Adaptive Markets: Financial Evolution at the Speed of Thought” by Andrew Lo and Nate Silver’s “The Signal and the Noise: Why So Many Predictions Fail-but Some Don’t”, to put this story together 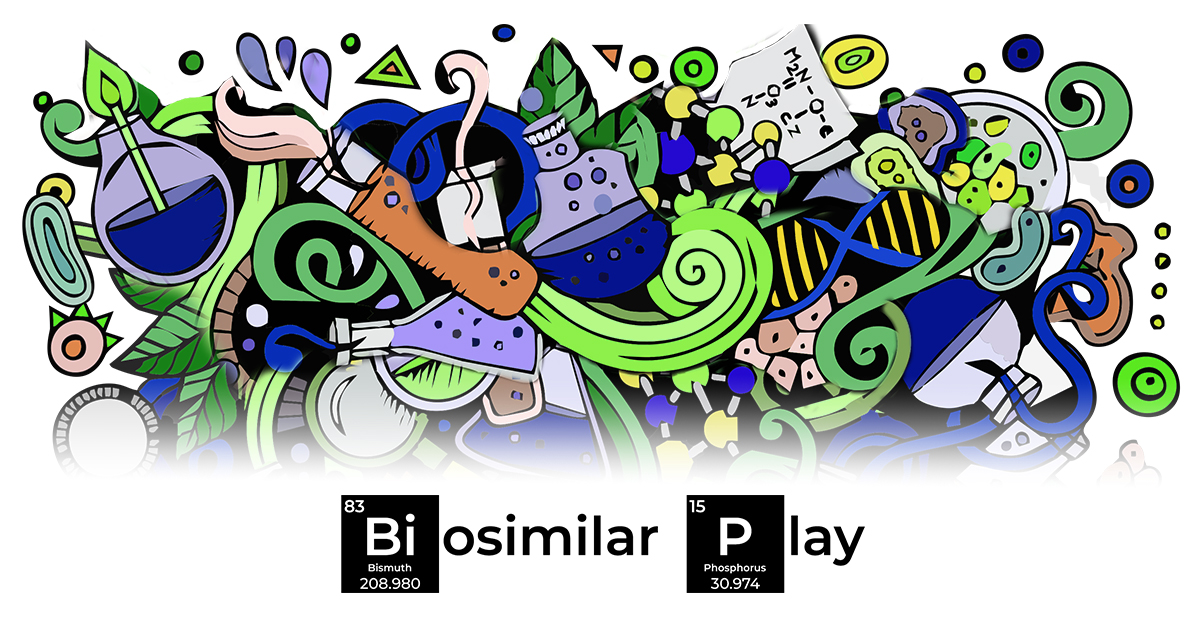 The Biosimilar revolution is only beginning just now and it seems an Indian company is at the thick of the action. This story on Biocon takes you deep into the world of biosimilars and will engross you completely ... 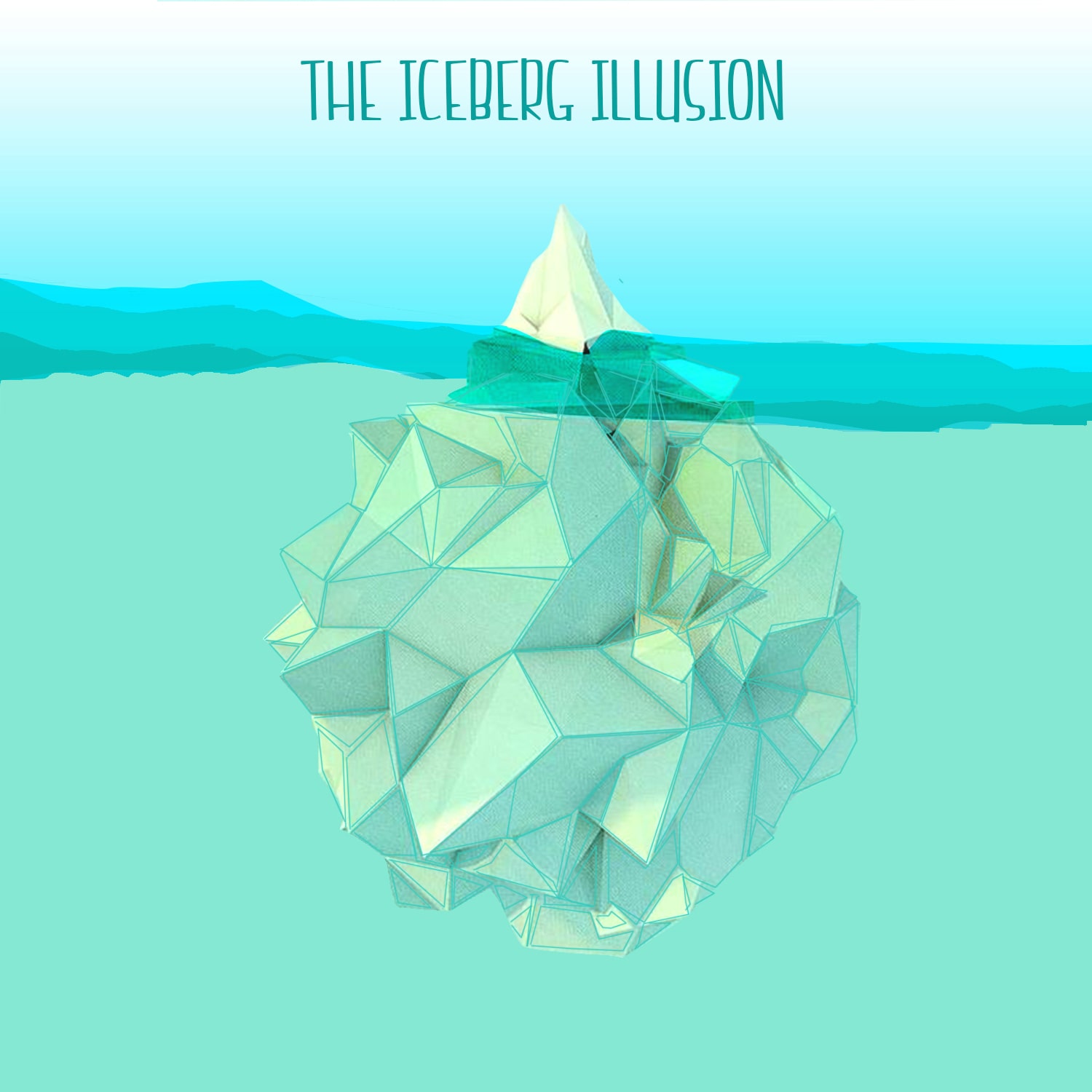 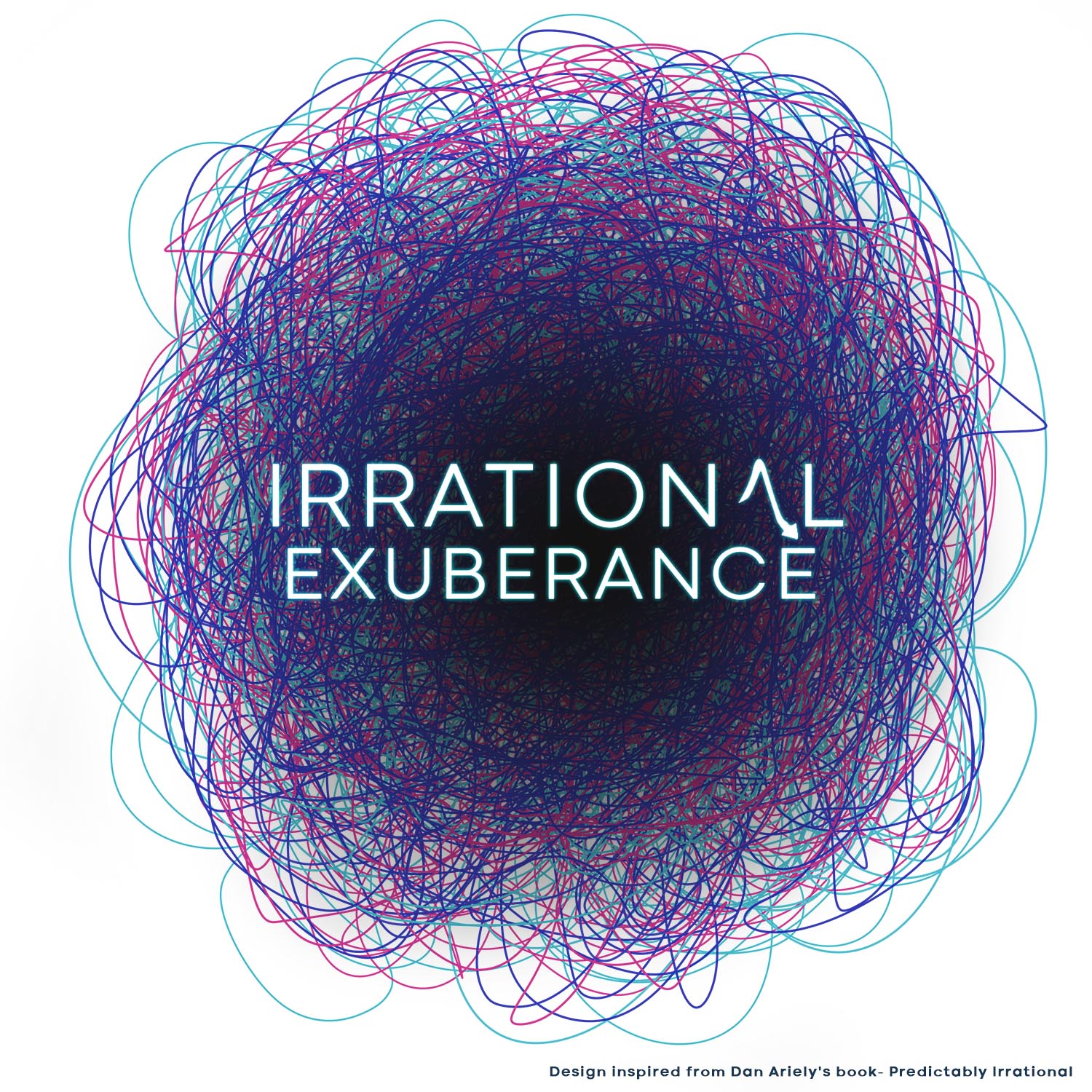